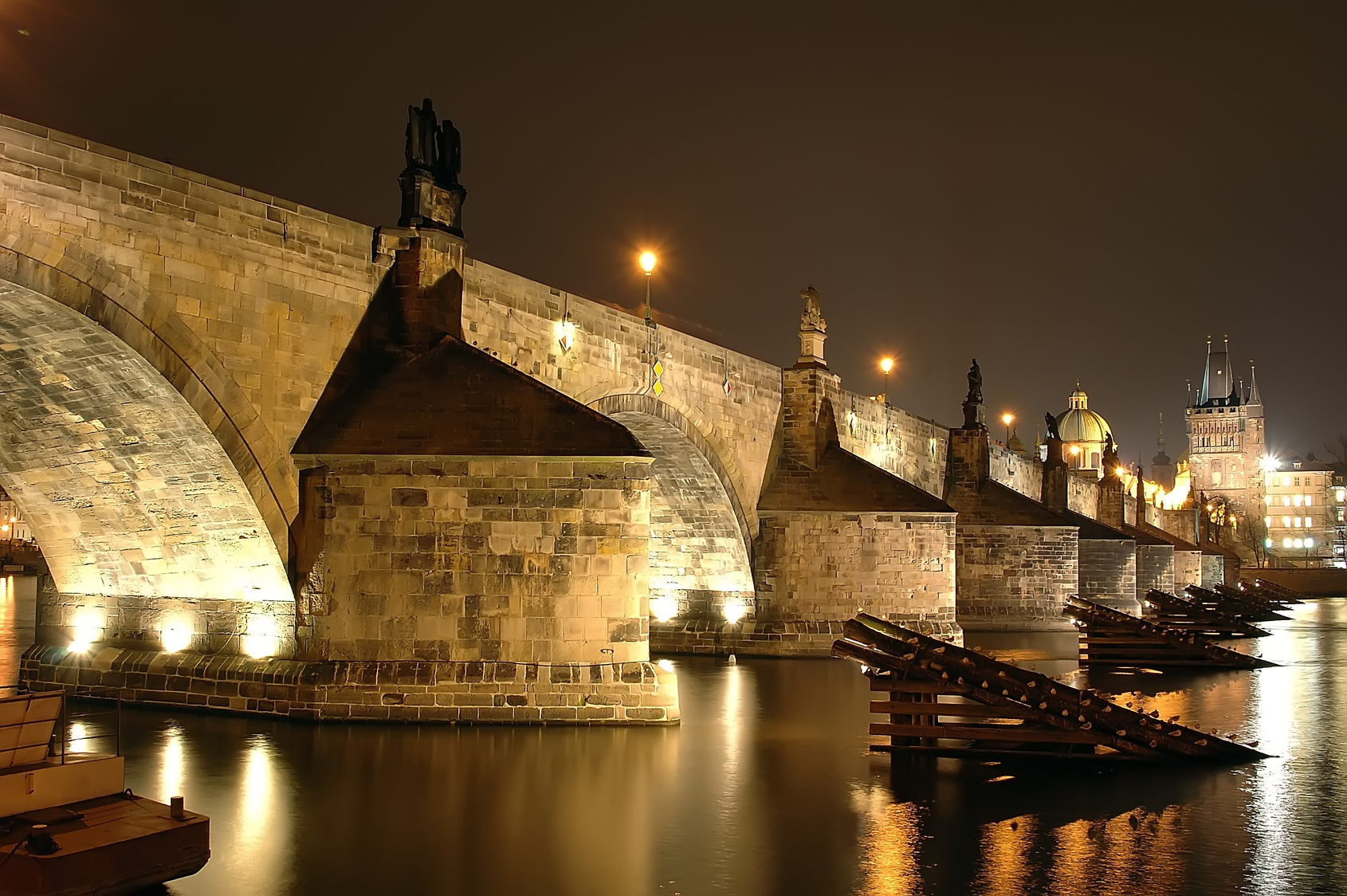 The Gothic Charles Bridge is considered to be one of the most important monuments of medieval architecture in Bohemia.

The first stone bridge, the Judith Bridge, replaced the wooden construction in 1158. It stood firm and served Prague residents for almost two centuries until it was swept away by floods in 1342. At exactly the time advised by his court astrologers – in the year 1357, on the 9th day of the 7th month, at 5:31 am – Emperor Charles IV laid the foundation for the construction of the new bridge that would stretch over the Vltava with sixteen arches and be about 5 m higher than its predecessor. The stone bridge remained the only connection between the Old Town of Prague and the Lesser Town until the 19th century.

Of the 30 sculptures on Charles Bridge, now mostly replaced by replicas, the most important is that of St Nepomuk. It was cast in Nuremberg in 1683, based on a model by Johann Brokoff.