Franz Kafka has become a synonym for turn-of-the-century Prague like no other. Visitors come by the thousands to trace his footsteps on the banks of the Vltava river.

Franz Kafka was born in 1883 on the outskirts of the then still existing Prague ghetto. After his studies at the German University of Prague, Kafka worked as a lawyer in the insurance company. The author´s private life was strongly influenced by his father whom he felt to be overpowering, and his own inability to start a family of his own.

Franz Kafka´s first prose volume “Meditation” was published in a small edition in 1912. Kafka soon became an author of distinction in noted literary circles. Yet he would not live to see his rise as a writer of international acclaim: tuberculosis led to his early retirement, and, ultimately, his premature death in a sanatorium near Vienna in 1924.

His friend Max Brod prevented the loss of his literary estate, the author´s will having stipulated that it should be destroyed, and published Kafka´s works after the artist´s death. Since then, the posthumously published novels have ranked among the most outstanding creations of the 20th century, indeed of German literature in general. Among his most important works are the novels The Trial and The Castle, the short stories The Judgement and The Metamorphosis, as well as diaries and letters (to his sister Ottla, to his fiancée Felice, to his lover Milena) and the key biographical document Letter to Father.

Places connected to Franz Kafka
Kafka museum – Hegertova Cihelna, Cihelna 2b, Prague 1 – Lesser Town
Kafka´s Birthplace – U radnice 5 just beside St Nicholas Church at the Old Town Square
Franz Kafka Monument – where Dusni and Vezenska Streets meet in the Old Town
Bust of Kafka – The latest work by artist David Černý is located at yard of the shopping center Quadrio (metro Národní třída). This bust of Franz Kafka weighs 39 tons and is composed of 42 moving layers and reaches a height of 11 meters. You will find it behind the Tesco department store at the intersection of Narodni Trida and Spalena streets – only 12 minutes´ walk from our hotel. See the map.
Golden Lane (by the Prague Castle) – House no. 22 where Kafka lived for a short time with his sister.
Bookshop by Franz Kafka Society – Siroka 14, Prague 1 – Old Town 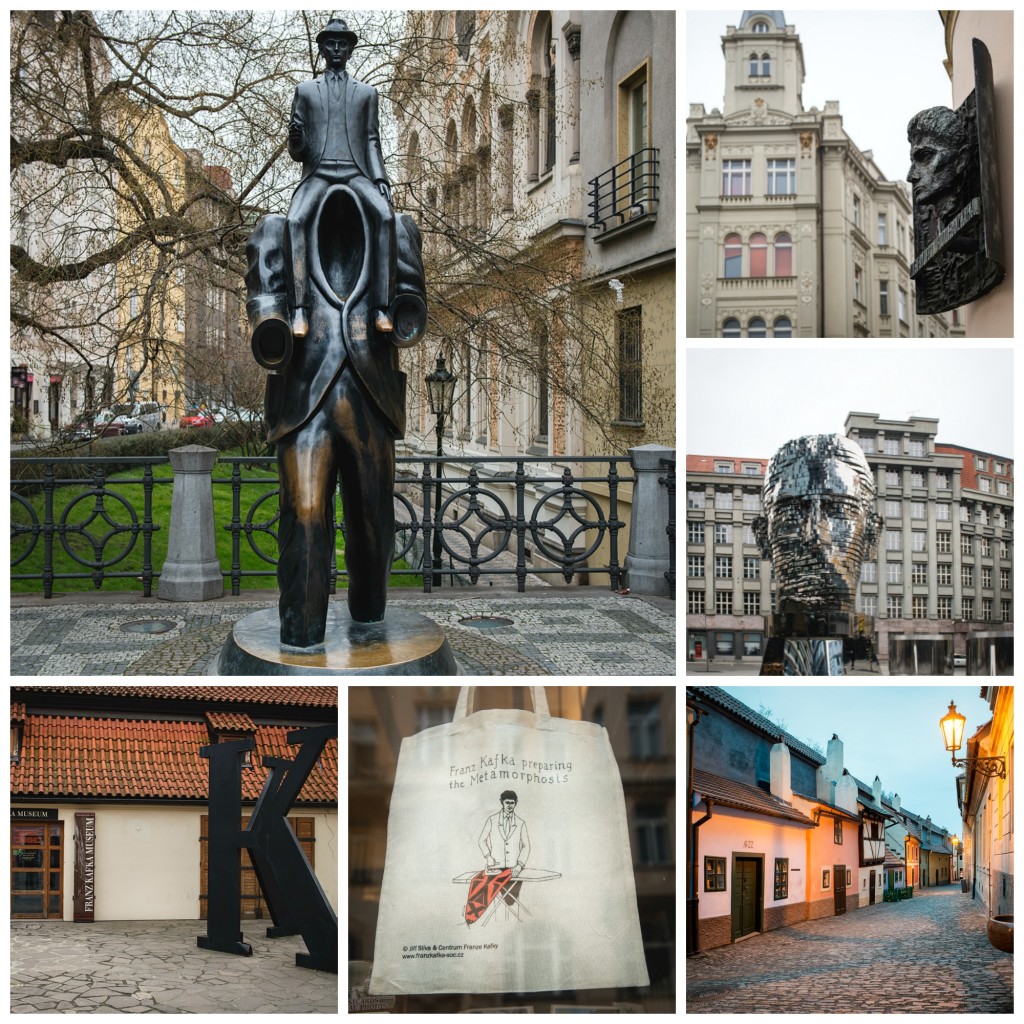