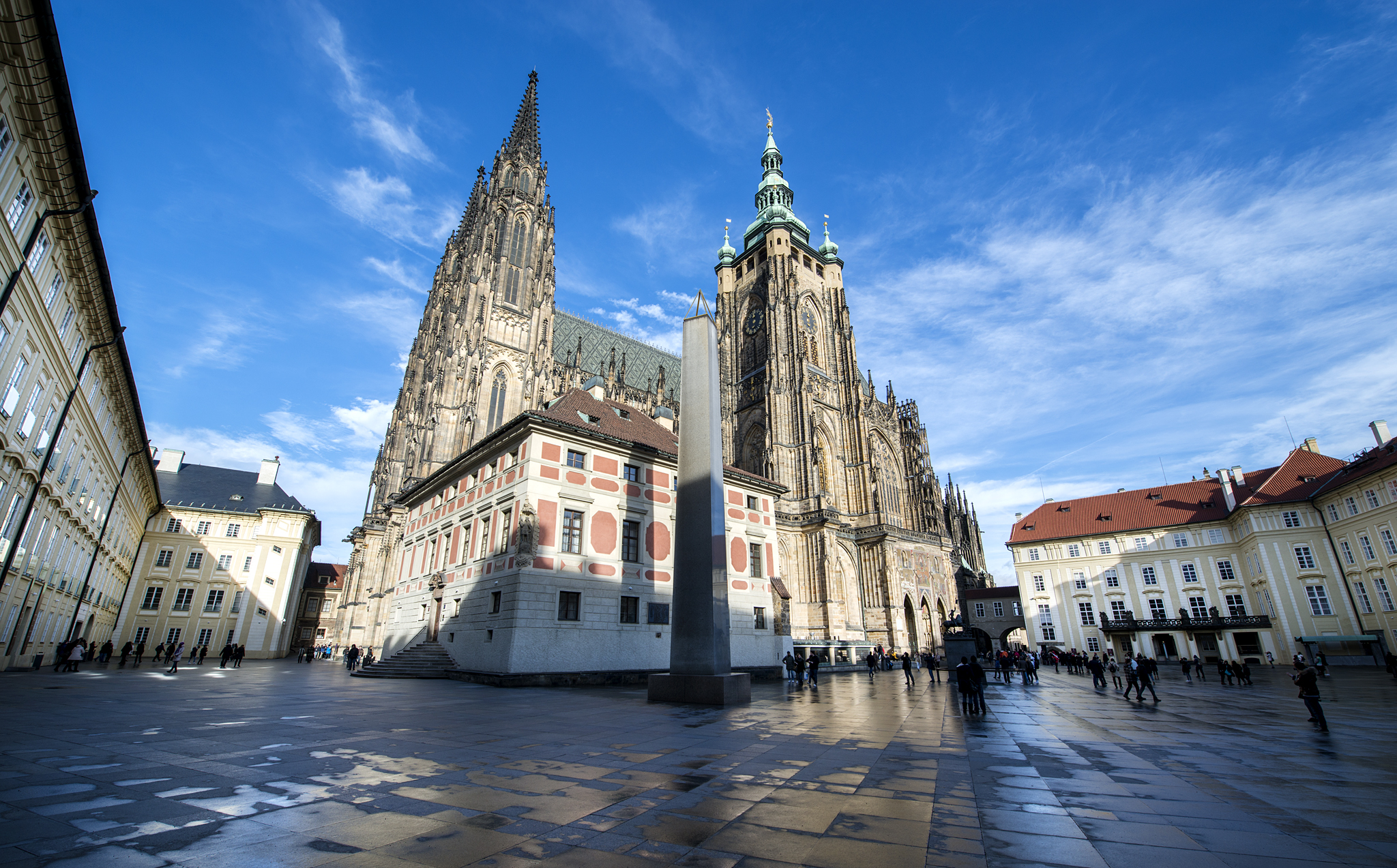 When visiting the Prague Castle area, nobody miss the breathtaking St Vitus´ Cathedral. What a building filled with Czech history.

In the 11th century, a three-nave basilica replaced an earlier Romanesque rotunda. It was to serve as the church where the Premyslid dynasty were crowned and buried.
In 1344, Emperor Charles IV entrusted the French architect Matthew of Arras with the construction of a new Gothic cathedral. After his unexpected death in 1352, the Swabian Peter Parler continued the building work with a substantially altered design. The Hussite wars brought construction work to a standstill in 1419. It was only to be completed in the 20th century in a neo-Gothic style.
The west front of the cathedral is adorned with statues and overlook by two 82 m high neo-Gothic spires. The church can be entered through three exquisitely detailed portals with relief decorated bronze doors.

All information about St Vitus´ Cathedral can be found on the offical website.