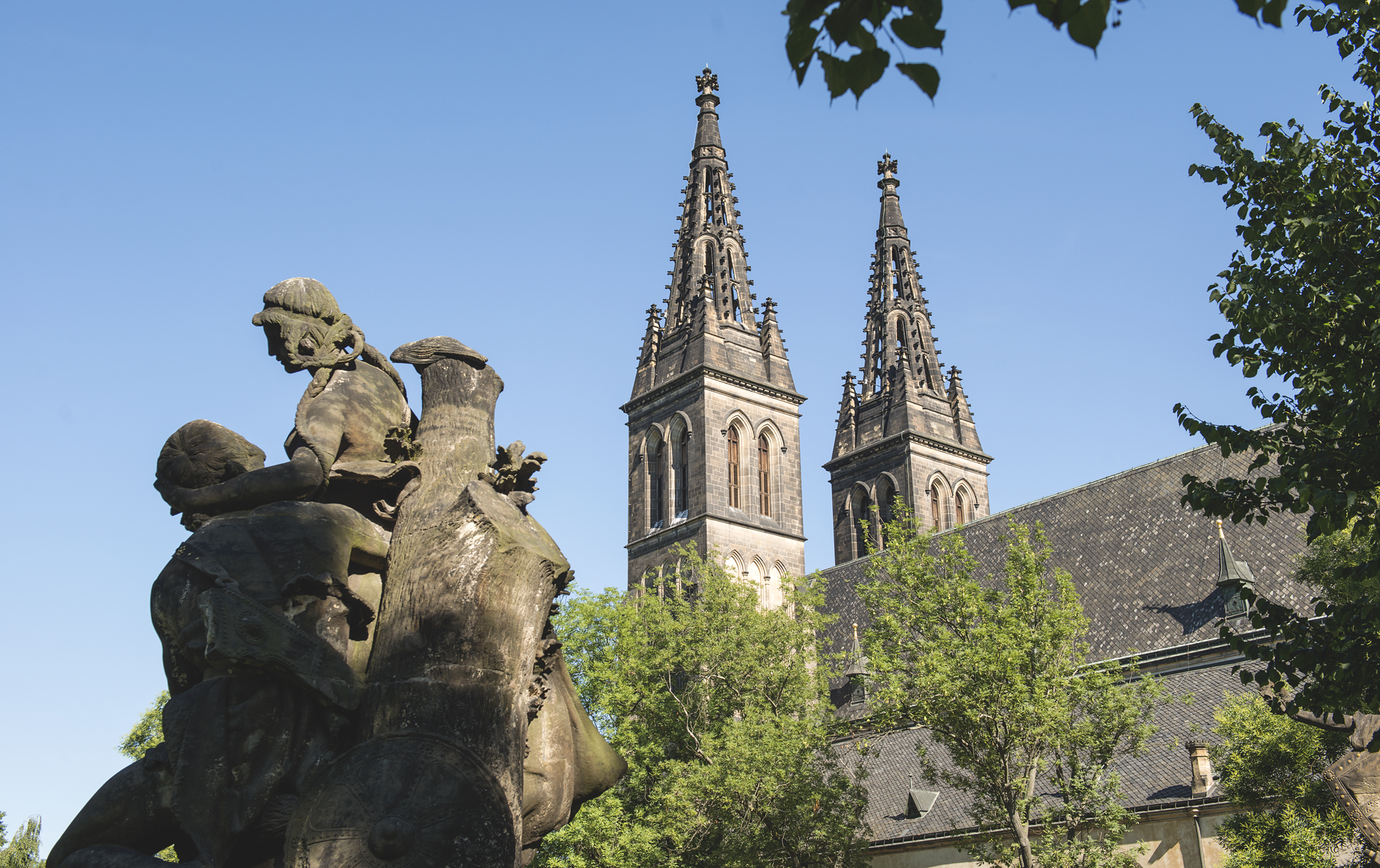 VYŠEHRAD, the rock above the river with its dark outline of slender spires, is an inseparable part of the Prague skyline. The legend tells of the Princess Libuše, who foresaw the future glory of Prague from her seat at Vyšehrad, and who sent a delegation to seek out Přemysl the Ploughman, founder of the ruling dynasty, as well as of brave Bivoj, the wondrous horse Šemík and its leap from Vyšehrad rock, and of the War of the Maidens.

The present appearance of Vyšehrad was largely determined in the second half of the 19th century. It was led by a number of nationalist-oriented provosts, who decisively determined the present appearance of Vyšehrad and its major landmark, the neo-Gothic : Church of SS Peter & Paul was rebuilt in the Neo-Gothic style to a design by J. Mocker and F. Mikeš that respected the disposition of Charles IV’s Gothic design. It was then that the idea arose of founding a national cemetery at Vyšehrad on the site of the parish graveyard. It took many years to build the Pantheon, and the present Vyšehrad Cemetery is a unique artistic whole, harmoniously fitting its surroundings. At the same time it is also a unique gallery of funerary sculpture, and an expression of Czech artistic development from the second half of the l9th century to the present day. It is the final resting place of over 600 personalities from the fields of culture and intellectual endeavour.

Vysehrad is only two metro stops from Boutique hotel Seven Days. See details on the map.