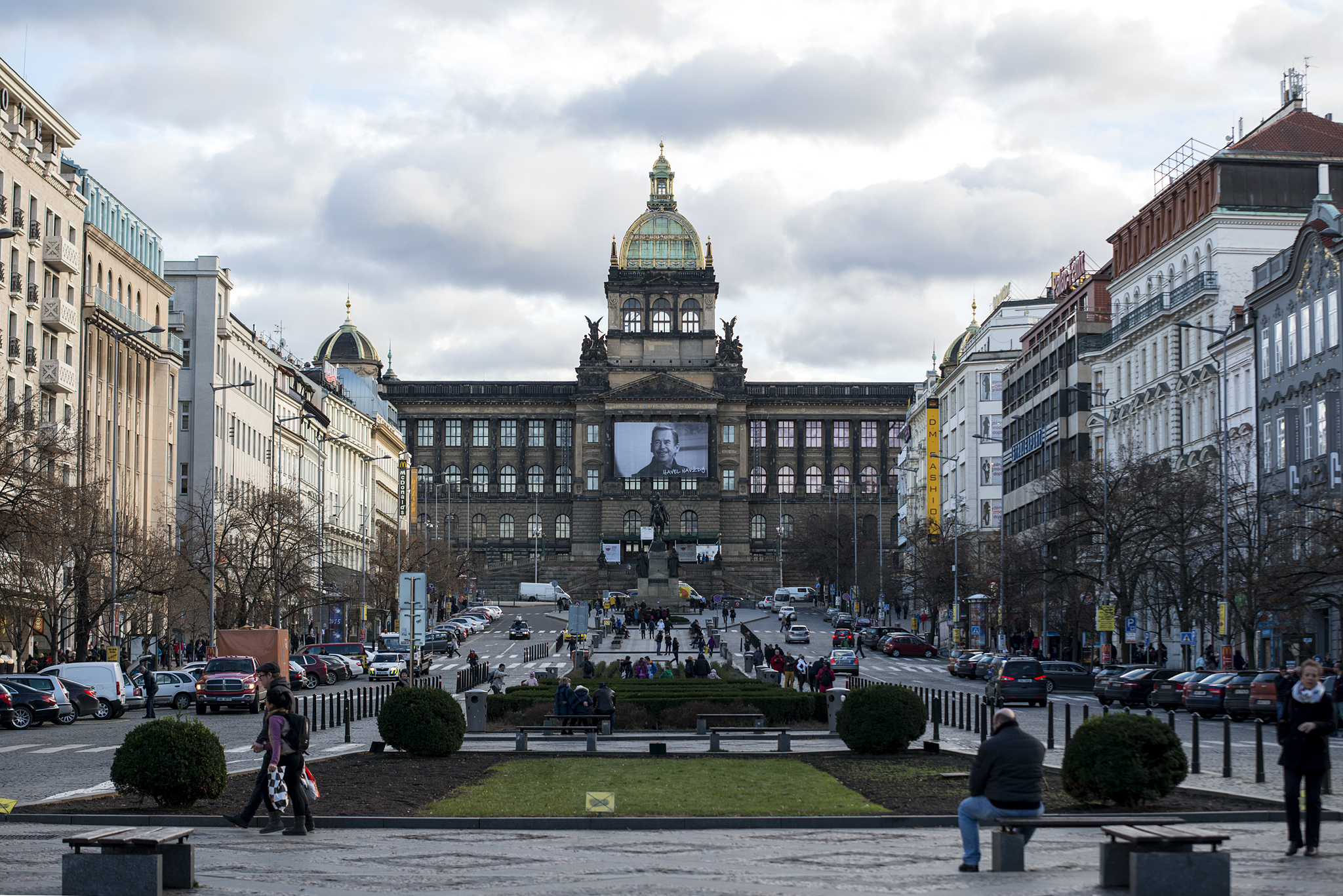 The square extends from Mustek, which borders the Old Town, up to the former Horse Gate, now the site of the National Museum. At the beginning of 19th century, the largest boulevard of Prague (750 m in length, 60 m wide) was still surrounded by buildings from one to three storeys in height; it only took on its current metropolitan character in the 20th century. On the broad pavements of the shopping street, flanked by avenues of lime trees, young Prague meets tourists from all over the world.